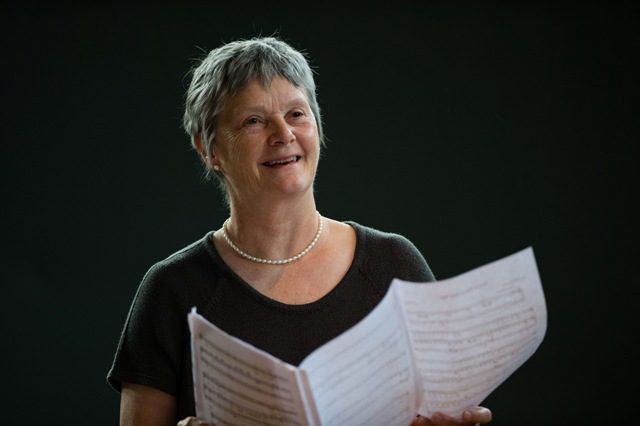 Liza Hobbs teaches at the Junior Department of the Royal College of Music, as well as privately both in London and in North Somerset where she lives. Other teaching posts over the years have been in schools and performing arts institutions, most recently Battle Abbey School and Millennium Performing Arts.

From 2008 to 2010 she was Chairman of the Association of Teachers of Singing and works as a mentor on the Association’s Teacher Training programmes. During her singing career she worked in a wide variety of arenas: in opera (the Royal Opera House Covent Garden, Glyndebourne), in West End musicals (Chess and Oklahoma! amongst others), in regional theatre (Chichester, Exeter etc.), in music hall at the famous Players Theatre, as well as in the concert and recital hall, in small scale revue and with dance bands. She has a particular interest in the clear enunciation of English by singers and has taken classes and workshops at Morley College, City Lit, the Actors Centre and for Eastbourne Singing Weekends, as well as, most recently, at Aberystwyth International Musicfest.

In recent years she and Veronica Veysey Campbell have collaborated in compiling and editing two song collections for Edition Peters. The first, Changing Voices, is a ground breaking volume of songs designed especially for teenage boys, and the second, Everlasting Voices is a collection for the older singer.