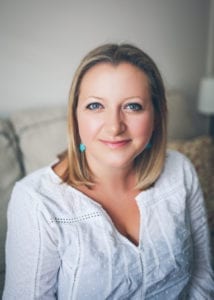 Libby Burgess is a pianist, vocal coach and chorusmaster, with a particular passion for working with singers. Born in Sussex, Libby took a first in music at Oxford, where she was the first female organ scholar of any all-male Oxbridge choir, at Christ Church Cathedral, before specializing in piano accompaniment with a postgraduate scholarship at the Royal Academy of Music.

As a pianist Libby collaborates regularly with some of the finest singers and instrumentalists of her generation. Her diverse schedule ranges from song recitals in the UK’s major concert halls and festivals, to chamber music in obscure venues around the country or appearances on Radio 3. Libby is the Artistic Director of New Paths, a major new festival of concerts and outreach events in Yorkshire, founded in 2016, and is Co-Artistic Director with pianist Martin Roscoe of the Beverley Chamber Music Festival.

Libby is in demand as a vocal coach, runs opera workshops with director Joe Austin, and is highly regarded as a chorusmaster, in which role she collaborated with Sir Peter Maxwell Davies in the premiere of his ‘Kommilitonen!’. She has conducted operas for Ryedale Festival Opera and Grimeborn, and is regularly invited to give choral workshops or guest-conduct choirs. She holds the position of In-House Accompanist at Eton College, where she was previously Head of Keyboard, and gives masterclasses at schools and universities across the UK. Libby has been made an Associate of the Royal Academy of Music in recognition of her contribution to the music industry.